Heather Schneider is the Executive Director of the Golden Civic Foundation – a Foundation that uses civic leadership, community investment and philanthropy to improve quality of life in the City of Golden. Recognized for her leadership and expertise in navigating change and working cross sector with local business leaders, elected officials, and community and philanthropic partners, Heather continues to define the Foundation’s role in supporting local small businesses and nonprofit organizations that make Golden a stronger, more vibrant community for all. In her role, Heather works with the Foundation’s Board of Directors to create and implement the organization’s strategic initiatives, as well as lead their fundraising, programming, and communication efforts.

Heather joined the Foundation in early 2016 after an 18-year career in marketing and business development. Having been born and raised by civic-minded parents in Golden during the 1970s and 1980s, she is truly passionate about her hometown. She was the recipient of the 2014 City of Golden’s Mayor’s Award of Excellence and a 2009 graduate of Leadership Golden. She also has served as the Marketing and Communications Chair for the Golden Schools Foundation’s Annual Golden Gallop that helps financially support the students of Golden articulation schools as well as helped form the Golden Chamber of Commerce’s – Golden Young Professional’s Group. Heather currently serves as the Vice Chair of the City of Golden’s Downtown Development Authority and serves on the steering committee for the Golden Nonprofit Leadership Roundtable.

In her spare time, you’ll find Heather trail running on Golden’s Table Tops with her two dogs, looking after her flock of backyard chickens, cooking and catching up with friends and family. However, her true passion is her husband of over 20 years (who also happens to be a native Goldenite!) and their three kids. Being present in her family’s lives and building her kids’ character, values of honesty and hard work – along with having some fun adventures along the way – is her goal to launch them to be impactful leaders in this changing world. 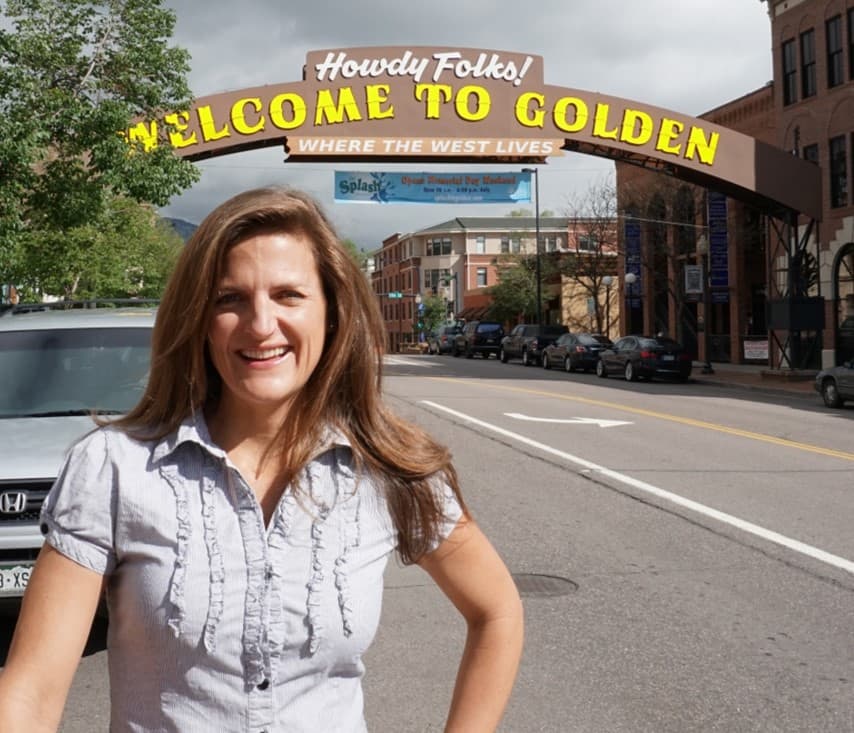