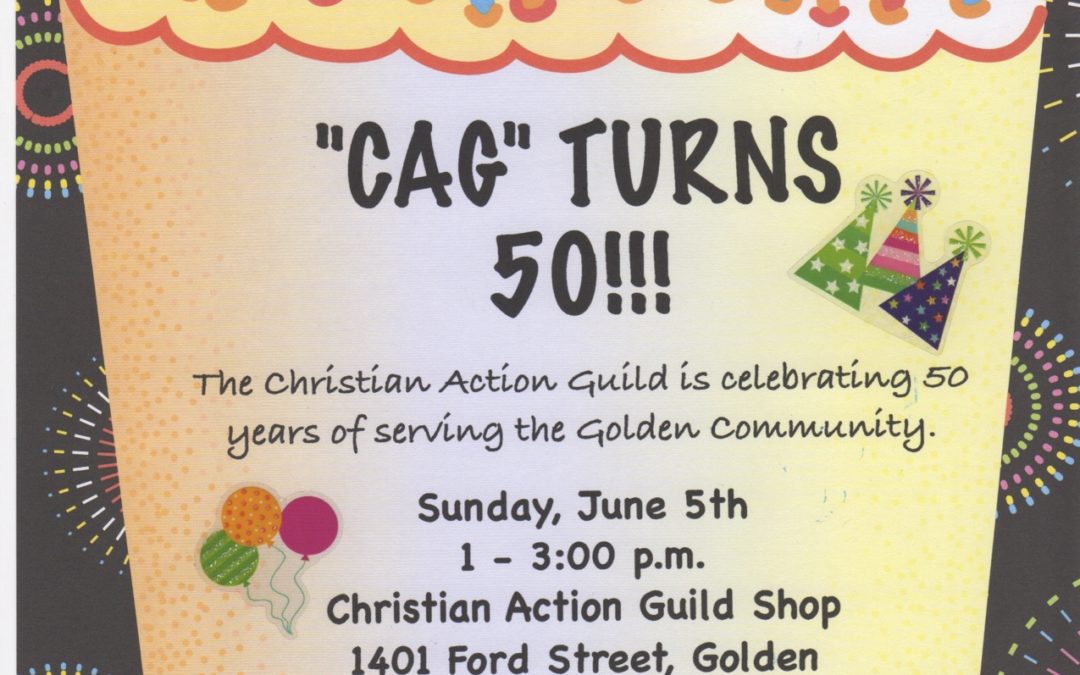 A mission and dream of the Foss Family and the Golden Civic Foundation was fulfilled in the creation of the Christian Action Guild.  We have enjoyed seeing them impact the community in such a meaningful and significant manner.  Hats off to 50 years of service to our citizenry!

“The Christian Action Guild (aka The Thrift Shop) was brought about when the churches of Golden felt there was a need here for providing a place where people with low income or emergencies could come and buy clothing at a much reduced prices. The leader in this cause was Father Bruce Moncrieff of the Calvary Episcopal Church. In May of 1965 the Guild had its beginning with Frances Missing of Calvary becoming its first president. On February 16, 1967 the Executive Committee met at the new Thrift Shop to work out the by-laws of the C.A.G. The first Thrift Shop was held in the basement of the little building next to the Calvary Church, 1320 Arapahoe.” Catherine Noonan*